The Presentation Ceremony of Japanese Ambassador’s Certificate of Recognition was held on December 2nd, 2015 at the residence of H.E, Mr.Takenori Shimizu, the Ambassador Extraordinary and Plenipotentiary. The Certificate of Recognition is awarded each year to an individual who has made outstanding achievements in cooperation and relationship between the two countries.

As for the 2015, Mr. Sedvanchig Tserenbat, CEO of Bridge LLC, was awarded with the Certificate of Recognition. In his remarks during the ceremony, H.E, Ambassador Takenori Shimizu said “Mr.Sedvanchig was one of the first Mongolian students who studied in Japan and after graduation in 1990, he started his career as an engineer and eventually promoted to CEO’s position at the “Gobi” JSC, which was established by Japanese grant aid. Now he works as the CEO of Bridge Group Companies, which was established by him and his fellow students studied in Japan, introducing Japanese high quality products, services to Mongolian customers, contributing to business relationship between the two countries.” He also emphasized Mr.Sedvanchig’s valuable role in development of cooperation in the field of politics, economy and business during his service as Parliament Member. Mr.Sedvanchig expressed his gratitude to H.E, Ambassador Takenori Shimizu and his colleagues and reaffirmed his commitment to further contribute to relationship and cooperation between the two countries and their people. 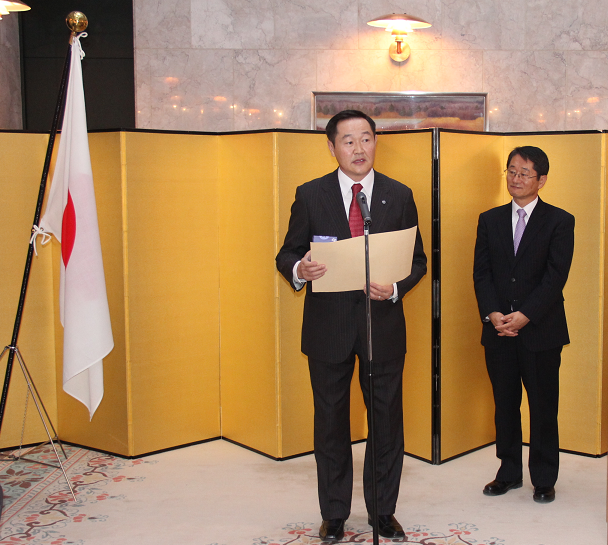